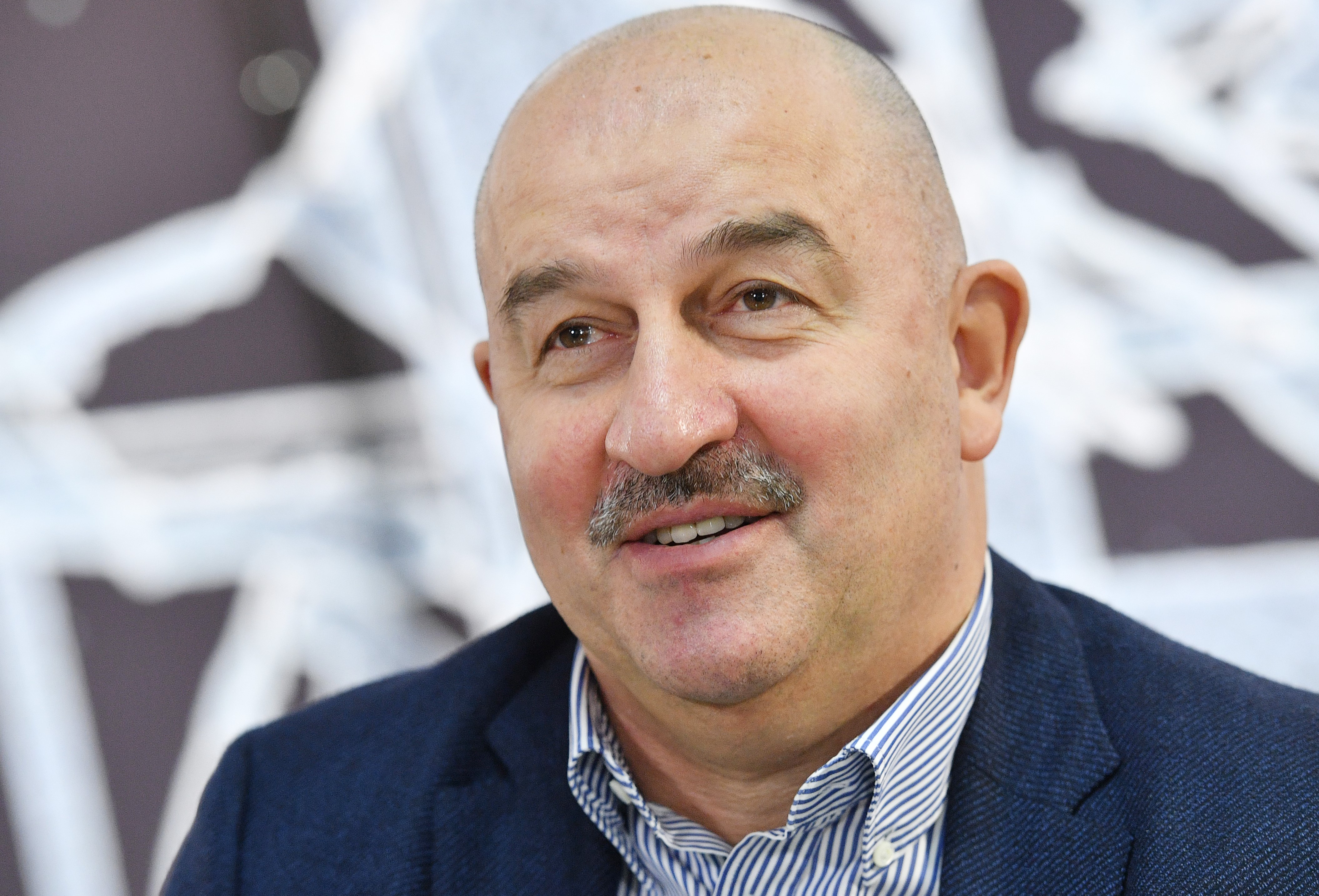 Russia’s national football team head coach Stanislav Cherchesov speaks during an AFP interview in Moscow on April 17, 2017.
When he took over as Russia coach Stanislav Cherchesov was handed the mammoth task of transforming a failing and ageing squad into challengers for the country’s first home World Cup in 2018. But just two months ahead of the Confederations Cup, a World Cup dress rehearsal in Russia, he is struggling to get his team firing after a string of uninspiring results. / AFP PHOTO / Natalia KOLESNIKOVA / TO GO WITH AFP STORY BY Alexandre FEDORETS